Unlike in English, there are written accents or tildes in Spanish that are placed on some words and not others.

Pronouncing words properly in Spanish requires Spanish language learners to learn the rules that determine where the emphasis of a syllable or sílaba tónica  falls on in a given word.

A Spanish accent or the lack of one tells us where the emphasis of the word is, and therefore how to pronounce it.

Therefore, it is important to learn when and where to place accents in Spanish.

Before we can begin to tackle how to pronounce Spanish words properly in Spanish we must learn about the two types of syllables within a word: tónicas and átonas.

Silabas tónicas are those syllables that carry the stress or strength of the word when pronouncing it. Which basically means that you pronounce it longer and louder than the other syllables of the word.

Silabas átonas on the other hand, are simply all other syllables that do not carry the emphasis or strength of the word.

So for instance, when you hear the word casa, notice how the emphasis of the word or the silaba tónica is in 'ca' while the silaba átona is 'sa'.

Silabas tónicas may or may not have an accent but all accents are placed in silabas tónicas, and they are critical to understanding and learning how to properly pronounce words in Spanish.

The other fundamental concept that you need to know in order to learn how to pronounce words in Spanish based on whether it has an accent or not, is the word categories based on where the silaba tónica is in a given word:

Now that we have learned about the different categories of words, here is a refresher on on when to place accents on words:

Alright! Now that you have learned about some of these basic concepts on Spanish written accents, you may be wondering how to use the information we just learned to properly pronounce words in Spanish based on whether they have an accent or not.

I have created a simple guide below that will help you how to properly pronounce words in Spanish in an easy to follow step by step process. I hope it helps! 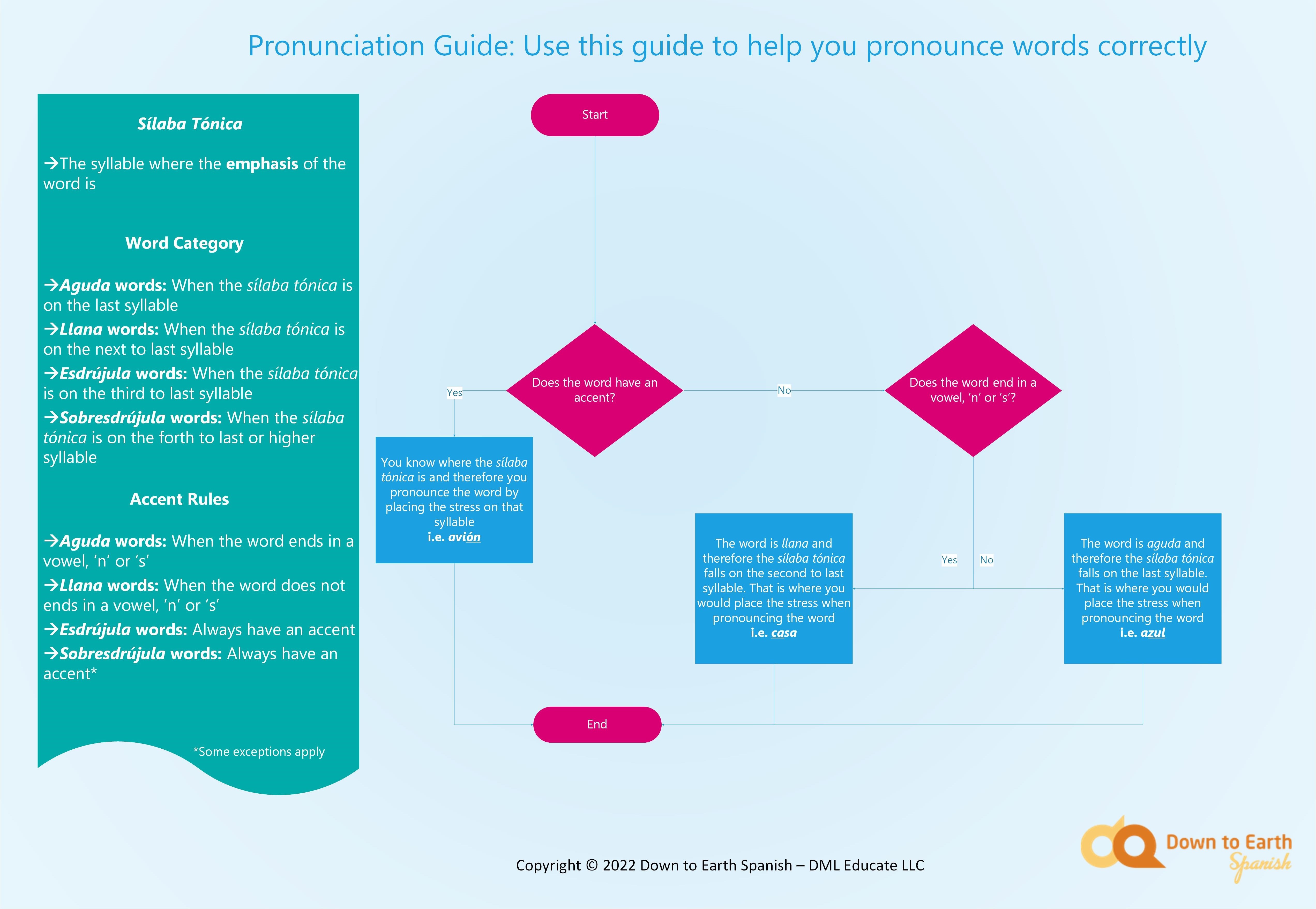 If you would like to learn more about Spanish accents please check out Down to Earth Spanish's course on Spanish accents, I have also created an article about how to properly place accents on words in Spanish with an easy step by step guide that I hope you will find helpful.